The local Ottawa Chapter of the Daughters of the American Revolution and the Lt. Isaiah Fuller Society, Children of the American Revolution hosted a drive-by parade on Saturday, May 9th to celebrate the 105th birthday of Mr. Walter Krupa of Port Huron.  Mr. Krupa served the U.S. valiantly during World War II, and the groups wanted to honor him with this outpouring of respect and support.

Over 50 cars joined the parade to celebrate Mr. Krupa. You can watch the parade on YouTube <HERE>. 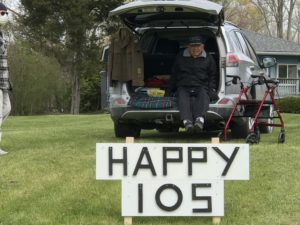 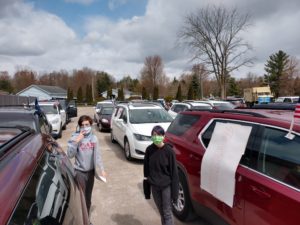 The U.S. Department of Transportation’s Federal Transit Administration (FTA) awarded a $6.6 million grant to the Blue Water Area Transportation Commission as part of the CARES Act. The commission will use the grant funds to continue essential transit service during the COVID-19 public health emergency and to rehabilitate the roof at its administrative and maintenance facility.